Your Mom’s In The Basement With My Pants 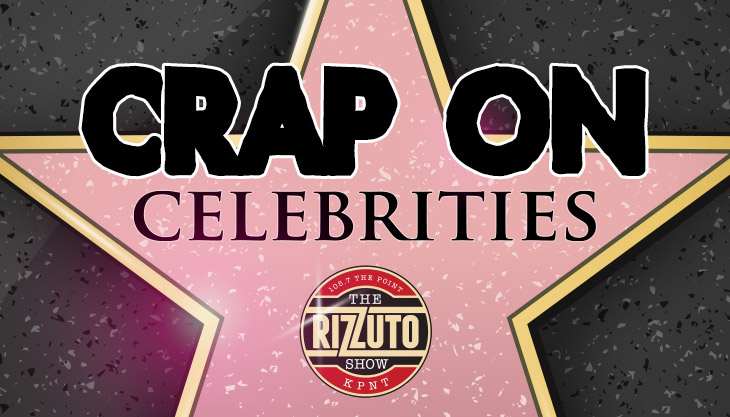 Something seismic happened at GARTH BROOKS’ concert in Baton Rouge, Louisiana on Saturday.  The crowd got so loud during his performance of “Callin’ Baton Rouge” that it caused a small earthquake. He was performing at Louisiana State University’s Tiger Stadium and a seismograph (LINK) on the campus recorded the quake around 9:30 P.M.  The song is an unofficial anthem for LSU fans at football games, and they’re nuts about it. It’s a massive stadium and those crowds have caused earthquakes during other sporting events.  The 1988 (LINK) upset of Auburn is known as the “Earthquake Game.”  But this may be the first time it happened during a musical event.  Here’s another reason why the earth moved.  There were 102,321 fans, which made it the second-largest stadium concert in North American history.  104,793 people attended George Strait’s 2014 show at AT&T Stadium in Arlington, Texas. (LINK)

The long-awaited return of “Yo! MTV Raps” happens on May 24th, which is three weeks from today.  But not on MTV.  It’s airing on Paramount+. Conceited and DJ Diamond Kuts are hosting, and Freddie Gibbs will be featured on the premiere episode. The original “Yo! MTV Raps” aired from 1988 to 1995.  Fifty classic episodes from that run are hitting Paramount+ on Thursday.

SPINAL TAP drummer RIC PARNELL died over the weekend.  He was 70 years old.  No cause of death was given, but I’m guessing it was NOT spontaneous combustion. In the original 1984 movie “This Is Spinal Tap”, Parnell played “Mick Shrimpton”, the latest in a long line of drummers who died in . . . let’s just say UNCONVENTIONAL ways . . . Like choking on someone else’s vomit, or a “bizarre gardening accident.” At the end of the movie, Mick SPONTANEOUSLY COMBUSTS, just like one of his predecessors.  But in real life, Ric continued to record and tour with Spinal Tap, after assuming the identity of Mick’s BROTHER, Ric Shrimpton. Before ‘Tap, he played in other bands, and was the drummer on TONI BASIL’s 1982 classic “Mickey”(LINK)

Justin Lin has directed five “Fast and Furious” movies, including the last one, “F9”.  But last week, he quit the upcoming, supposedly FINAL installment, “Fast X”.  And he didn’t say why. Well, a so-called “source with knowledge of the situation” claims he left because VIN DIESEL is so difficult.  Quote, “Diesel shows up late to the set.  He doesn’t know his lines.  And he shows up out of shape. “I’ve never seen anything like it.  Lin’s giving up $10 or $20 million . . . No one is dissing Vin Diesel on the record, but everyone knows.” This kind of tracks with what THE ROCK has said, and why he won’t work with Diesel anymore. For the record, Lin is staying on as a producer, so he’ll still make bank off “Fast X”.  And they already have a director to replace him (LINK)

METALLICA guitarist KIRK HAMMETT might be 59, but he doesn’t feel like it since he gave up drinking and got his “brain back”.  In fact, he doesn’t think he’s peaked creatively or musically yet. In an interview with “Kerrang! (LINK)“, he said, quote, “I only feel like I’ve reached maturity in the last 10 [effing] years . . . I’ve been sober for seven and a half years now, and my mind is in a different place.  I’m better focused . . . I got my brain back . . . I’ve gotten my memory back.” Kirk said his sobriety comes with having extra time since he’s not hitting up nightclubs or bars.  He spends his time staying active and surfing, running, and biking. And of course he’s, quote, “going to play my guitar more.  It’s what I love to do and as a consequence of that there’s just a higher output.” (LINK)

Who Could Replace James Corden on The Late Late Show?

Christina Hendricks is 47. She was Joan Holloway on “Mad Men”.

The great Bobby Cannavale is 52. He was Gyp Rosetti in Boardwalk Empire.

Christopher Cross 71.  He’s the genius behind three top 10 smash hits, “Sailing”, “Ride Like the Wind” and “Arthur’s Theme (Best That You Can Do)”.

Today’s birthday girl has been in 627 fine films, including: The Blues take Game 1 in their series against the Minnesota Wild. Last night… no contest… 4 to NOTHIN’. Ville Husso gets a 37-save shutout and David Perron gets his first ever playoff hat trick. Ville Husso becomes the first goalie in Blues history to get a shutout in his postseason debut.

The Blues dominated on special teams last night… like they’ve done all year. The Wild were 0-for-6 on the power play. The Blues killed everything off.

As I mentioned David Perron had 3 goals and Ryan O’Reilly scored the night’s other goal. Torey Krug had three assists.

Game 2 is on Wednesday up there in Minnesota.

Elsewhere around the league: Carolina beat Boston; The Maple Leafs shut out the Lightning 5 to 0; and the Kings beat the Oilers.

A little day baseball yesterday in Saint Louis. The Cardinals beat the Royals yesterday. Very exciting… 1 to nothing. Paul Goldschmidt hit a homerun and Steven Matz got the win. The Cardinals only had four hits yesterday.

Today, both teams go to Kansas City to play. First pitch tonight is at 7:10. Dakota Hudson starts for the Cardinals and Brad Keller for the Royals.

One more thing: Nolan Arenado was named the National League Player of the Month for April. He hit .375 last month with 5 home runs, 12 extra-base hit and drove in 17.

In the NBA last night: The Heat best the Clippers 106 to 92 to take game one in the Eastern Conference Semifinals. Out west, the Suns beat the Mavericks 121 to 114.

University of Tennessee relief pitcher BEN JOYCE just set a record for fastest pitch in the HISTORY of college baseball.

The school announced yesterday that he threw a 105.5 mile-per-hour heater against Auburn University.

Joyce came seriously close to throwing the fastest pitch ever recorded, PERIOD.  AROLDIS CHAPMAN holds the record right now.  He threw a 105.8 mile-per-hour pitch when he was on the Cincinnati Reds in 2010.

So Joyce, who’s only a junior in college, will have to settle for second.

Tennessee is currently the top-ranked team in college baseball, with a 40 and 4 record.

When the Iowa Greyhound Park closes this month, only two greyhound parks will remain in the country.

When greyhound racing was at its peak in the 1980s, there were more than 50 tracks across 19 states. Increasing concerns over the dogs’ well-being and a wider variety of gambling options have caused the sport to reach its near end.

More evidence of the waning popularity of greyhound racing?  $3.5 billion worth of bets were placed in 1991, compared to only $500 million in 2014.

The two remaining tracks will both be in West Virginia.