Mike Pope is today’s Team Rizz member of the day! 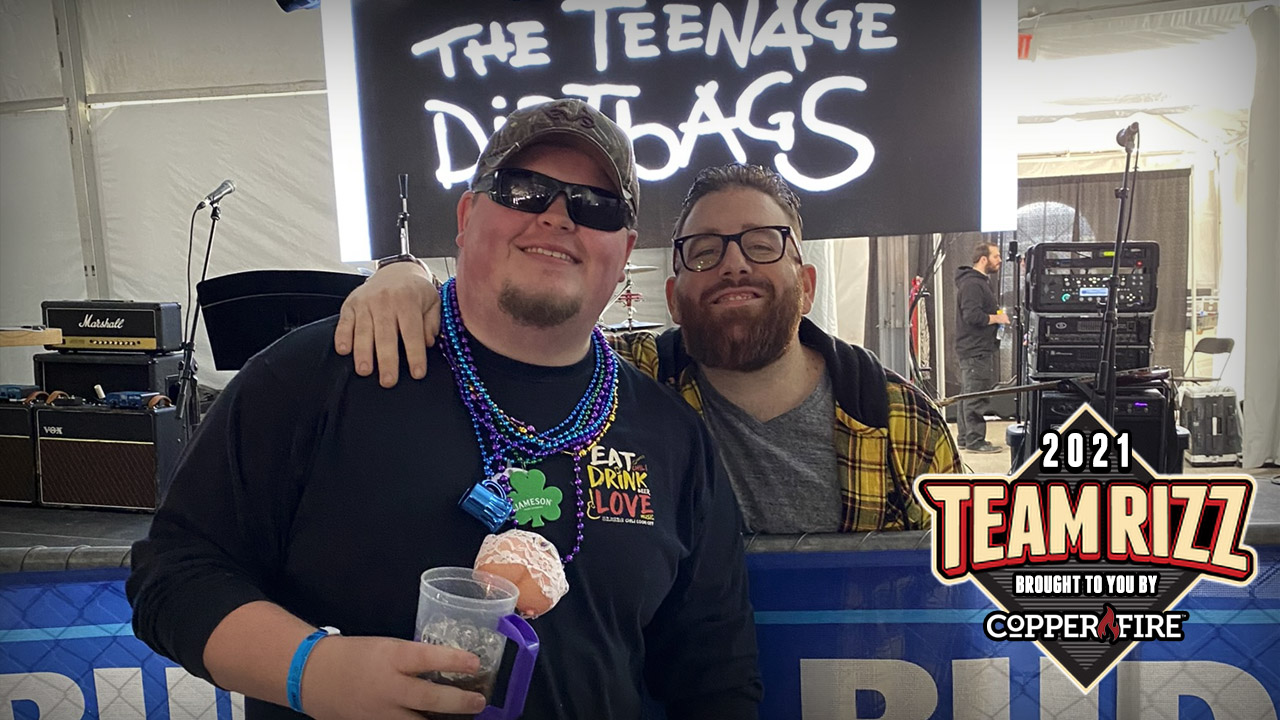 Brought to you by Copper Fire Bar and Eatery in Belleville IL. Get your exclusive Rizz Show Koozie to support Kids Rock Cancer at Copper Fire! Visit TheCopperFire.com

Mike has been a huge fan since his coworker introduced him to The Rizzuto Show back in 2015. Listening to the podcast gets him through work and overall puts him in a better mood. He met Patrico and he’s one of the coolest people he’s met and never says no to a picture when out in public. Jeff has been an inspiration to Mike seeing what he’s going through and still being able to kick ass every day. He saw the Teenage Dirtbags and Moon puts on one hell of a performance and Mike can’t wait to see Greek Fire at Pointfest in September. Mike’s goal is to have a beer with Rizz and see if he really is as big of an a-hole as everyone on the show makes him out to be. And king Scott is pretty cool too.

Mike’s favorite segments are Matchup with Moon and Real or Fake.

He’s a 911 Dispatcher with Abbott EMS, has a dog named Olive, and he’s a Freelance artist – he was the one that drew all of the guys doing your Real or Fake punishments – @popedraws on Twitter.

Congratulations Mike! Welcome to Team Rizz and thanks for listening to The Point!