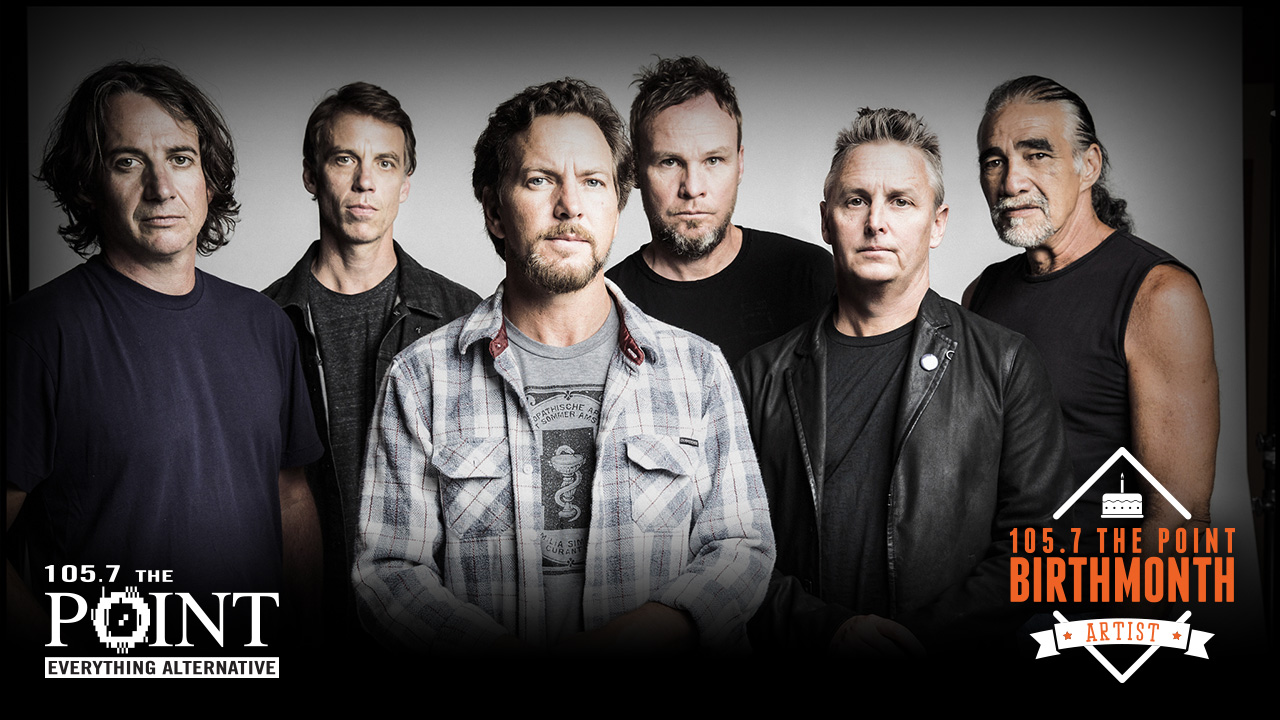 28 Days! 28 Bands! 29 years of The Point! It’s our Birthmonth all February long and today’s Birthmonth Artist Of The Day is: PEARL JAM

We’re mixing in some of our favorite tracks from Pearl Jam all day long courtesy of Imo’s Pizza – Coming soon, Imo’s famous heart-shaped pizza is back for a limited time only!

Pearl Jam is an American rock band formed in Seattle, Washington, in 1990. The band’s lineup consists of founding members Jeff Ament (bass guitar), Stone Gossard (rhythm guitar), Mike McCready (lead guitar), and Eddie Vedder (lead vocals, guitar), as well as Matt Cameron (drums), who joined in 1998. Keyboardist Boom Gaspar has also been a touring/session member with the band since 2002. Drummers Jack Irons, Dave Krusen, Matt Chamberlain, and Dave Abbruzzese are former members of the band. Pearl Jam outsold many of its contemporary alternative rock bands from the early 1990s, and is considered one of the most influential bands of the decade, being dubbed as “the most popular American rock & roll band of the ’90s”.

Formed after the demise of Gossard and Ament’s previous band, Mother Love Bone, Pearl Jam broke into the mainstream with its debut album, Ten, in 1991. Ten stayed on the Billboard 200 chart for nearly five years, and has gone on to become one of the highest-selling rock records ever, going 13x platinum in the United States. Released in 1993, Pearl Jam’s second album, Vs., sold over 950,000 copies in its first week of release, setting the record for most copies of an album sold in its first week of release at the time. Their third album, Vitalogy (1994), became the second-fastest-selling CD in history at the time, with more than 877,000 units sold in its first week.

One of the key bands in the grunge movement of the early 1990s, Pearl Jam’s members often shunned popular music industry practices such as making music videos or participating in interviews. The band also sued Ticketmaster, claiming it had monopolized the concert-ticket market. In 2006, Rolling Stone described the band as having “spent much of the past decade deliberately tearing apart their own fame.”