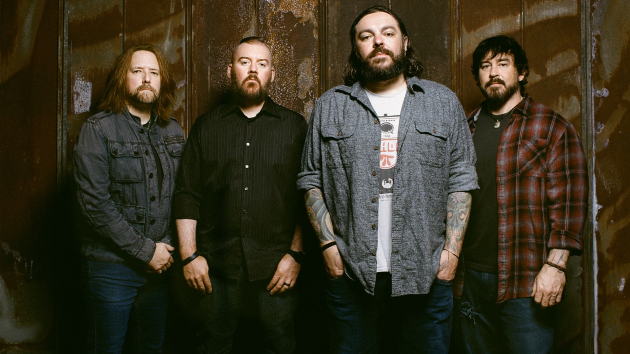 Seether has premiered the video for “Wasteland,” a track off the band’s new album, Si Vis Pacem, Para Bellum.

The clip mixes performance footage with a narrative surrounding two characters trying to escape from the pressures of social media. The characters are played by professional snake wrangler Danielle Wall and Tom Berninger, brother of The National frontman Matt Berninger.

“We were trying to figure out how to make some kind of statement about the evils of social media and it evolved from one idea to the video it is now,” says frontman Shaun Morgan.

“After spending such a long period of time without any kind of personal contact with the other band members, the live performance element was especially important to us,” he continues. “It was good for us mentally and emotionally, but it was also important to visually show that we’ve come out the other side after such a difficult time.”

You can watch the “Wasteland” video streaming now on YouTube.