HAIM postpones shows due to “COVD-19 outbreak” on tour 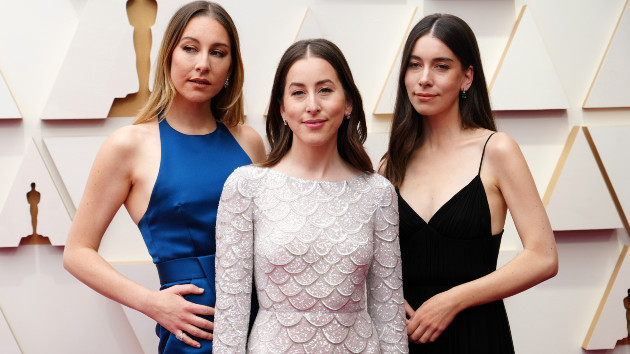 Two stops on the One More HAIM tour will be happening at another HAIM — er, time.

According to the Cincinnati, Ohio, Andrew J Brady Music Center, where the sister trio was scheduled to play Thursday, the band’s touring party is going through a “COVID-19 outbreak.” The show has since been moved to May 29.

“Everyone is doing well, resting up, and they can’t wait to be in Cincinnati with you all later this month,” the venue says.

Additionally, HAIM’s concert at Nashville’s Ascend Amphitheater, which was originally scheduled for Friday, May 20, has been postponed to September 21.

The One More HAIM tour, which is supporting HAIM’s 2020 album Women in Music Pt. III, launched in April. It’s currently set to continue Sunday, May 22, in Wilmington, North Carolina.