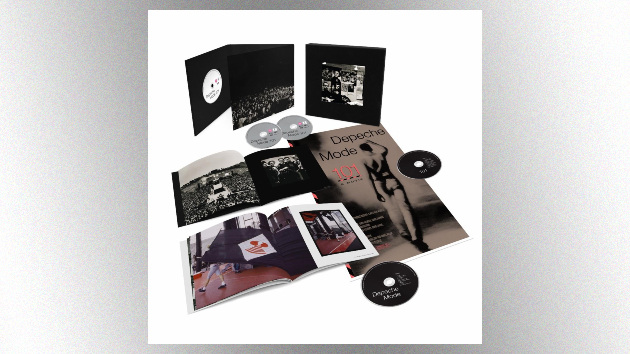 The trio’s 1989 concert film — which captured their 1988 performance at the Rose Bowl in Pasadena, California, the 101st and final concert on their Music for the Masses world tour — will be reissued in HD on December 3.

The deluxe box edition includes a Blu-ray of the original 101 “upgraded using 4k scans of the original film reels to create an all-new viewing experience,” along with three bonus performances. Additionally, you’ll find the original 101 live album on two CDs, two DVDs of bonus extras, and various memorabilia including a replica film poster and a photo box.

“It’s incredible to be able to see [co-director] D.A. Pennebaker‘s film and this period of our career presented in this new high-definition light,” Depeche Mode says.

For a more recent Depeche Mode concert film experience, you can check out 2019’s Spirits in the Forest﻿, which was filmed during the group’s global tour behind their latest album, 2017’s ﻿Spirit﻿.